VIDEO: The Shocktober Zombie Is A Fright, by WUSA9’S Great Day Washington, 12 Oct 2016

MENTION: How Many Scares Can You Handle? , WTOP Washington’s Top News

MENTION: This Flow Chart Is All You Need To Plan A Halloween, Washington Post

ARTICLE: 25 Haunted Houses Across America That Will Scare The Crap Out of You, Buzzfeed.com, by Andy Golder, 19 Sept 2016

ARTICLE: There’s A Haunted House In Virginia That’s So Terrifying You Have To Sign A Waiver To Enter, Only in Your State, Beth Wellford, 18 Aug 2016

PRESS RELEASE: Shocktober Opens its Doors for Three Nights in February and One Night in March!

How I … Give people the creeps for a good cause: Leesburg’s The Aurora School turns into haunted house to raise wicked amounts of money, by Chase Cabot of Washington Business Journal on 16 Oct 2015

These 12 Haunted Houses In Virginia Will Terrify You In The Best Way (Paxton Manor #4), Only In Your State, 9 Oct 2015

Shocktober Aims To Scare For A Good Cause, by Mike Stancik, Leesburg Today, 7 Oct 2015

Shocktober is an award winning haunt!

Shocktober is an award winning haunt! Thanks to Visit Loudoun for selecting us for the Humanitarian of the Year Award for Shocktober’s contributions towards supporting Paxton Campus! We Scare Because We Care

Shocktober Opens its Doors for Two Nights in February and One Night in March!, Press Release from Shocktober, 30 Jan 2015

A scare captain surveys the horrors at his haunted house, by Jessica Contrera of The Washington Post, 17 Oct 2014

Paxton Manor in Leesburg turned into haunted house for Halloween 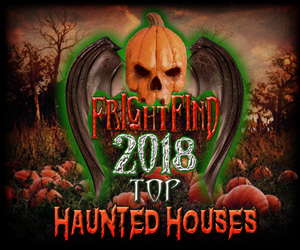